By Steve Wood on September 23, 2019 in Enforcement Services, Land Repossesssion

The presence of travellers is a serious problem in UK. Every day, land owners experience problems with travellers setting up camp on their land, without permission. And this fact can cause significant costs for land owners and for this reason, it’s necessary to remove them quickly and take measures that prevent travellers from moving onto a private land.

This complete guide about removing travellers will show you the best way to remove travellers and protect your land from illegal occupation.

What must a land owner do when they find travellers on their private land?

Finding travellers on your land can be a disturbing event, and the first thing to do is to inform the local Police about them. Unauthorised traveller encampments on private property are treated differently than those on public land, so you may not find the local council as helpful as you might expect when it comes to having the travellers removed from your property, along with which in most cases the police will say it is a civil matter, and unless serious anti-social behaviour occurs then it is highly unlikely that Section 61 will be used.

The first step is to report an authorised encampment. To do this you will need to complete an online form available on the website of the local council or call the police on 101. Most councils only deal with unauthorised encampments on land they own – that generally includes public car parks, roads, and parks.

Fortunately, there are Professional Enforcement Companies which can remove travellers quickly and effectively. As a example, Able Investigations has years of experience in removing travellers, and they can hep with both the common law and Writ of Possession methods.

Your rights as a land owner

If your land has been occupied by travellers, you have the right to take action to have them removed from your property. It is important to consider the fact that these illegal occupiers may cause significant damage to your property, especially if there are any buildings present. 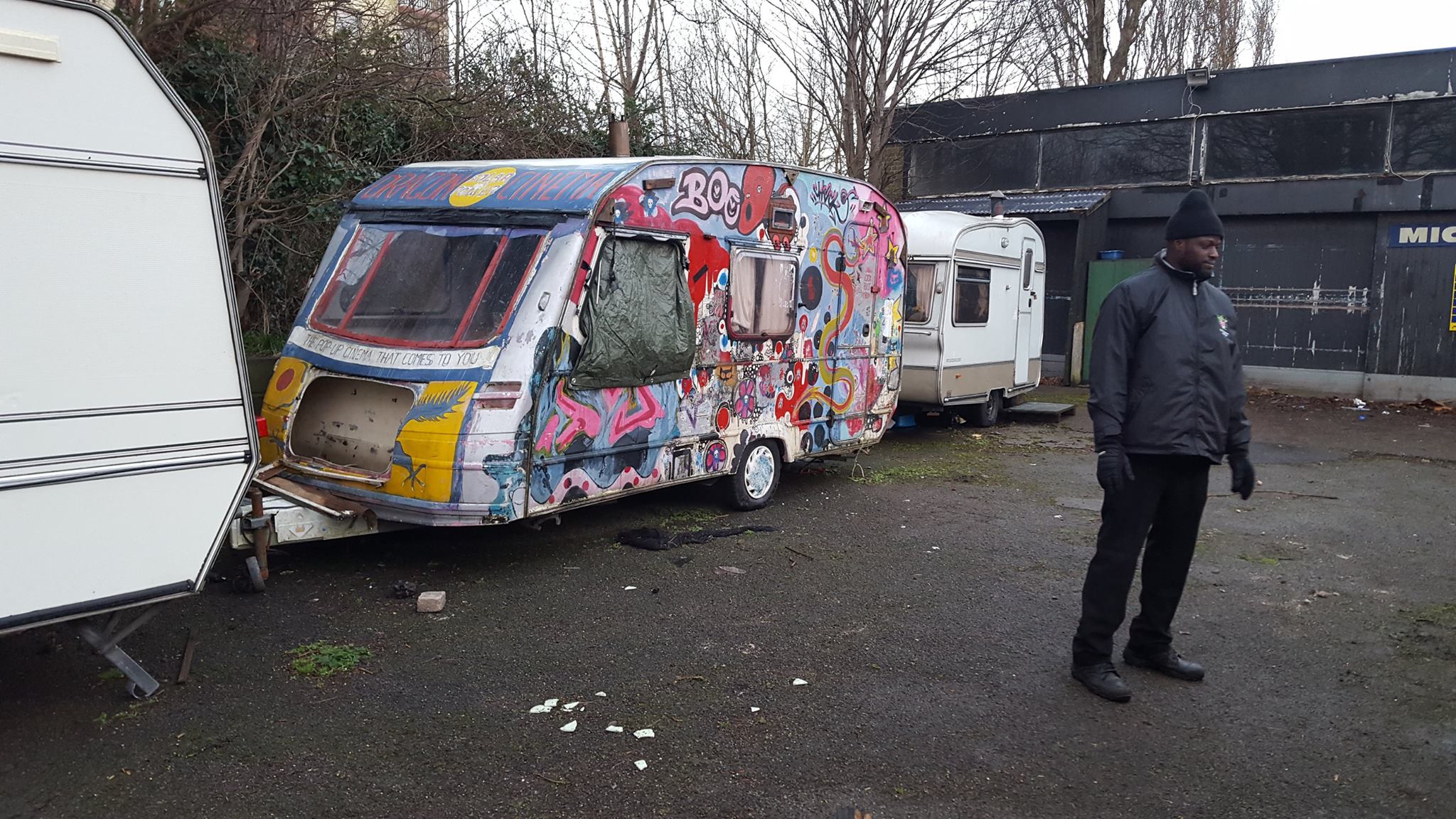 The main options you must follow to remove travellers or activists from your land can include Common Law, the County Court route, CPR 55 or obtaining a High Court Writ. The quickest way to solve the problem is via Common Law, because this method doesn’t require court action and as such, the eviction can usually be carried out within 24 hours.

Under Common Law regulations, you have the right to remove travellers and other trespassers from your land by using The aforesaid Common law. Enforcement agents can be instructed to carry out evictions on a landlord’s behalf.

Eviction of travellers on private land

While most people assume that removing travellers from their private land is simply a case of calling the police, this is not the case. As this is defined as a civil matter and not a criminal offence they cannot carry out the eviction for you. They can, however, observe the eviction to see if any criminal offences take place.

If it were the case that the travellers had settled on local authority land, then the advice from the government is that the local authorities go to court to seek an order to remove the trespassers from their land. However, as a private landowner, you have other choices.

Common law, this right under Common Law is set out in Halsbury’s Laws of England (Volume 97 (2010) 5th Edition), it states that landowners have the right to remove travellers from their land using ‘reasonable force’ if required. You do need to have Certified Enforcement officers (once known as bailiffs) involved in the process to ensure it is legal and correct.

In order to start the process of common law, if the trespasser enters the land under a nonviolent trespass, a representative of the landowner (usually an enforcement officer) will need to ask the trespassers to leave their property. Then a period of time needs to be allowed for them to leave your land, that period of tie can be from one hour to twenty-four hours. If the trespasser has entered the land by aggravated trespass then no notice is required.

If they have not left after this time, then the enforcement officers can make the trespassers leave using no more than is reasonably necessary. When they are removed, the officers will take photos of any damaged caused and that the land is secure.

Although, as stated earlier, the police cannot directly help with the eviction, the enforcement agency will normally request a police presence to ensure there are no breaches of the peace. The exception where the police are allowed to get involved, is if any of the following are carried out:

Using a Writ of Possession

A Writ of Possession is another option available to landowners where a writ is issued against ‘persons unknown’ and is then enforced by a High Court Enforcement Officer (HCEO). This option is available to private landowners and also local authorities.

Landowners need to ask the travellers to leave and when they refuse, go to the court for an order of possession under Part 55 Civil Procedure Rules. Once the hearing has issued the writ, it must be served either directly to the travellers or posted in a prominent position. If the land is not vacated, then the judge will issue the possession order with a date of future hearing. Once the eviction order is issued, the HCEO can set about regaining possession of the land.

The issue with going down the Writ of Possession route is that it will take much longer than simply using common law. It will also be more costly even without factoring in any circumstances that may occur due to the trespassers being on your land for a longer period of time.

The advantage of using Writs of Possession is that once the trespassers are breaking this order they are committing a criminal offence, meaning that the police can get involved with the threat of jail time hanging over those who remain.

Under the law, the landowner can use ‘no more force than is reasonably necessary’ once they have instructed the travellers to leave. If the land has been accessed with force or violence, then there is not even the requirement to tell them to leave. However, landowners should remember that if they use force and it is judged to be excessive, then they may face a claim. This is the reason we always advise that Certificated Enforcement Officers such as those at Able Investigations are instructed to use reasonable force on your behalf. The officers will have a clearer idea of what constitutes ‘reasonable force’. 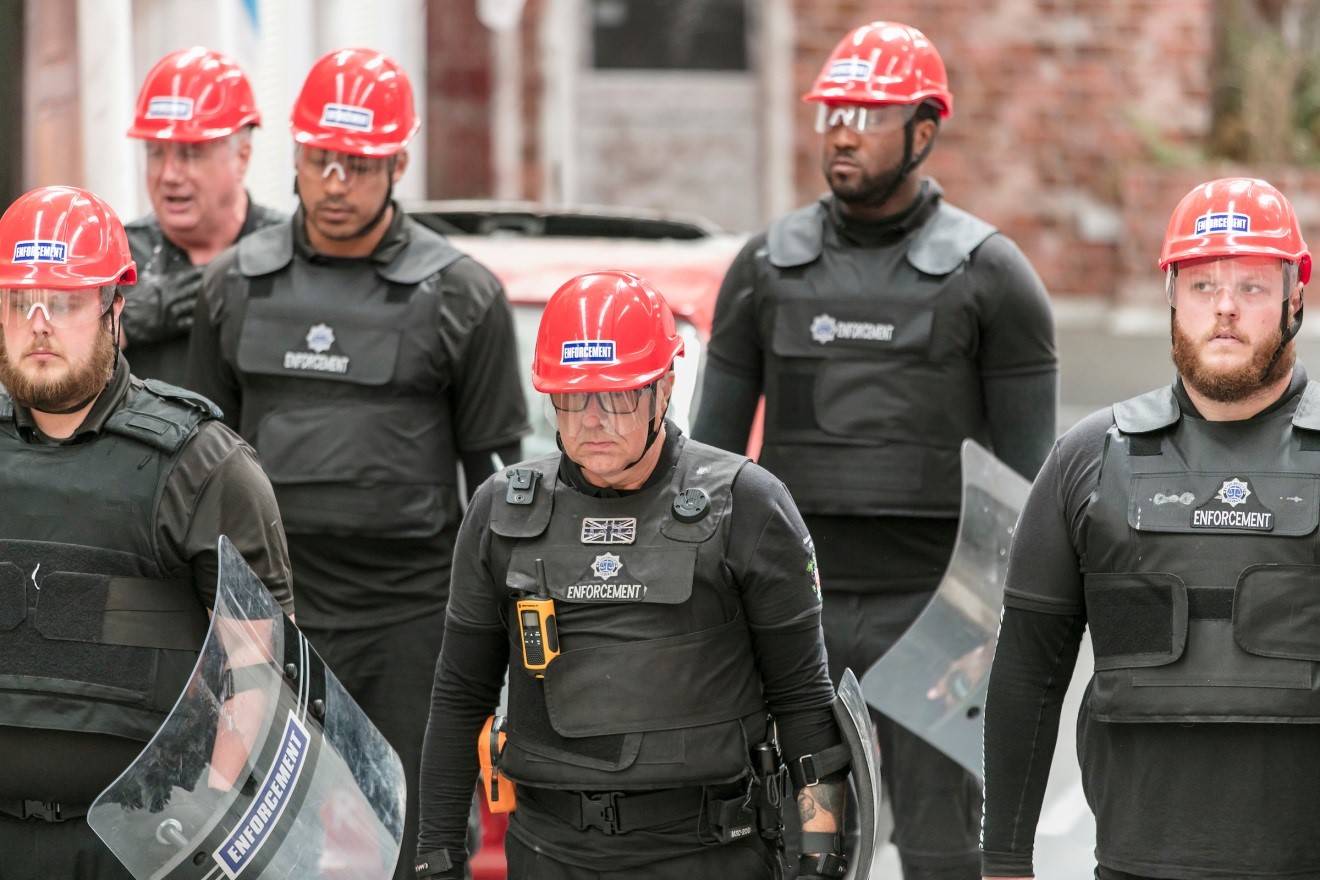 How to protect the land from travellers

Increasing the security of your property

Security cameras and guards are some of the most effective ways to protect your private land from unauthorised camping. Depending on the size and location of your land, you may need to install multiple security cameras and use more than one guard. If these solutions are too costly or not suitable for your private land, you may want to look into securing your land with bollards and using natural obstacles like trees or water to make unauthorised entrance to the land harder.

Types of obstacles to protect your private land

Multiple kinds of obstacles can be used, but you will need to first take into account the location of your land as well as its size and shape. Start by having a good look at the boundary of the land and decide how you would go about getting onto it with a van or other type of vehicle. Because trespassers may remove feeble barriers, consider more permanent solutions that can act as deterrents.

The obstacles that you use should be of such a nature that they cannot be moved easily, even with towing equipment. Some options include concrete filled tyre stacks, boulders, or a large tree trunk. Landowners may choose to use these kinds of obstacles separately or combine them to achieve secure results depending on the position of their land.

Some landlords are worried about the detrimental effect of such obstacles on the visual appeal of the area, and for them fencing may be a better option. However, take into account that even though fencing is a much more visually appealing solution, it will most likely also be much costlier. The most effective type of fencing is steel palisade, but this can prove to be an expensive option, especially if the land is sizeable. Another solution is a wooden fancy, which is pleasing to the eye but may be also quite vulnerable to damage.

Robust gates made of metal with the option of padlocks are another solution to protect your property against travellers. However, make sure the gate cannot be lifted off the hinge as travellers have been known to remove such obstacles by exploiting this weakness in design. Height barriers are further solutions that can work well in combination with gates. If you use these, ensure that their height is configured in a way that can deter an average sized caravan trailer.

Able Investigations’ team of enforcement officers assisted with the removal of a group of travellers who settled in a family park in Plymouth.

Joining forces with local police and council staff, Able Investigations and Enforcement Services were instructed to enforce a possession order and remove a group of caravans who set up camp in Trefusis Park in Lower Compton, Plymouth.

The travellers arrived at the park on the afternoon of Sunday 14th August, with more caravans arriving later that day. After reports from neighbour admitting issues with noise and concerns over the safety of caged and tethered animals, a PSCO visited the site.

Plymouth City Council quickly responded to reports of the encampment, telling the group to vacate the park by 1pm on Wednesday the 16th August.

The park, known locally as Tippy Park, is popular with Plymouth families and contains a children’s playground and picnic benches. It’s close proximity to the city centre makes it a target for settlements, with the last traveller encampment being moved on from the park two months prior to the most recent group.

After the travellers were moved on from the site, council worker then had the unpleasant job of clearing up the mess and litter that was left behind, which included bikes, tree stumps, garden rubble, and general rubbish.

Able Investigations successfully managed to move a number of travellers from an insurance brokers’ car park.

The group of 26 caravans were based on the private land, located near the M48 Severn Crossing, after they settled there on Monday evening. Having previously evicted the group from the BAE site in Filton earlier in the week, Able Investigations was aware that the group may act aggressively.

After peacefully being asked to leave the Brightside Group car park, members of the group began to act aggressively towards our enforcement team, making repeated threats of violence. The threats escalated, with members throwing faecal matter at the team of bailiffs.

Due to this, and other threats of violence, Able Investigations decided that a police presence was required, and contact local forces for assistance. Fortunately, the police were not required to act, and the group began to leave the site.

Luckily, the trouble had minimal effect on the working day and security of Brightside Group, with the only impact being the camp had fewer available parking spaces.

The removal of travellers from a private land can prove fraught with complications, so it is important to get professional help to make sure the letter of the law is followed.

If you are struggling to evict travellers from your land and require assistance from a professional, certificated enforcement agency, then please get in touch with a member of our team. Get in touch by calling 0845 370 7401, email [email protected], or by our contact form.