By Steve Wood on February 6, 2022 in Land Repossesssion

When you own land that is undeveloped such as fields and roadside areas, one of the problems you can face is when travellers make use of this land to camp without authorisation. This unauthorised use can cause a lot of damage to the land with the animals, vehicles and people involved. So how can landowners remove travellers in a correct and legal way? 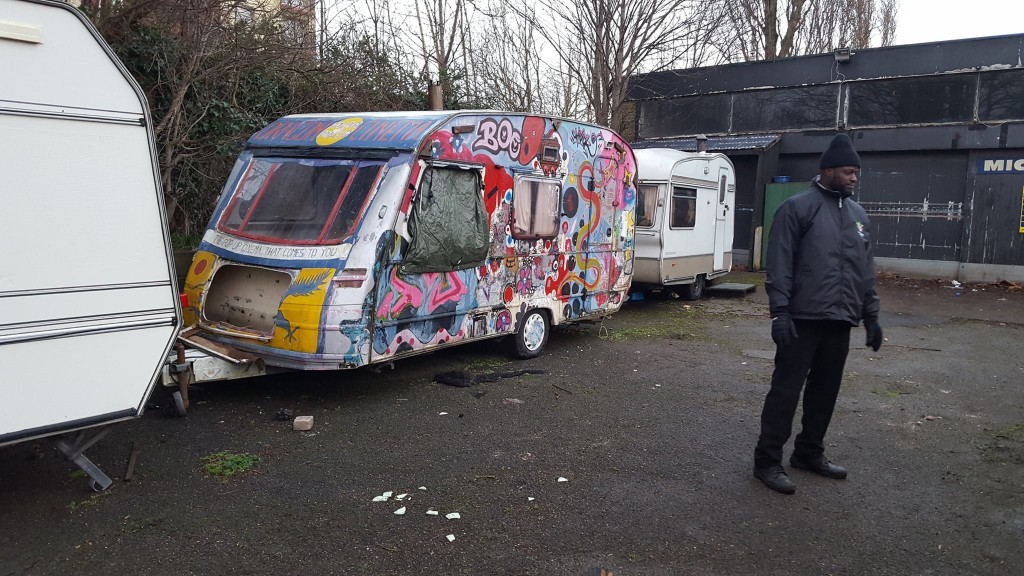 While most people assume that removing trespassers from their private land is simply a case of calling the police, this is not the case. As this is defined as a civil matter and not a criminal offence they cannot carry out the eviction for you. They can, however, observe the eviction to see if any criminal offences take place.

If it were the case that the travellers had settled on local authority land, then the advice from the government is that the local authorities go to court to seek an order to remove the trespassers from their land. However, as a private landowner, you have other choices.

Common law, Section 61 of the Criminal Justice Act, states that landowners have the right to remove travellers from their land using ‘reasonable force’ if required. You do need to have Certified Enforcement officers (once known as bailiffs) involved in the process to ensure it is legal and correct.

In order to start the process of common law, a representative of the landowner (usually an enforcement officer) will need to ask the trespassers to leave their property. Then a period of time, normally 24 hours, needs to be allowed for them to leave your land. If they have not left after this time then the enforcement officers can make the trespassers leave using no more than reasonable force. When they are removed, the officers will take photos of any damaged caused and that the land is secure.

Although, as stated earlier, the police cannot directly help with the eviction, the enforcement agency will normally request a police presence to ensure there are no breaches of the peace. The exception where the police are allowed to get involved, is if any of the following are carried out by 2 or more trespassers:

Using a Writ of Possession

A Writ of Possession is another option available to landowners where a writ is issued against ‘persons unknown’ and is then enforced by a High Court Enforcement Officer (HCEO). This option is available to private landowners and also local authorities.

Landowners need to ask the travellers to leave and when they refuse, go to the court for an order of possession under Part 55 Civil Procedure Rules. Once the hearing has issued the writ, it must be served either directly to the travellers or posted in a prominent position. If the unauthorised encampment does not vacate the land is, then the judge will issue the possession order with a date of future hearing. Once the eviction order is issued, the HCEO can set about regaining possession of the land.

The issue with going down the Writ of Possession route through the county court is that it will take much longer than simply using common law. It will also be more costly even without factoring in any circumstances that may occur due to the trespassers being on your land for a longer period of time.

The advantage of using Writs of Possession is that once the trespassers are breaking this order they are committing a criminal offence, meaning that the police can get involved with the threat of jail time hanging over those who remain.

Under the law in England and Wales, the landowner can use ‘no more force than is reasonably necessary’ once they have instructed the travellers to leave. If the land has been accessed with force or violence, then there is not even the requirement to tell them to leave. However, landowners should remember that if they use force and it is judged to be excessive, then they may face a claim. This is the reason we always advise that Certificated Enforcement Officers such as those at Able Investigations are instructed to use reasonable force on your behalf. The officers will have a clearer idea of what constitutes ‘reasonable force’.

Steps should also be taken to ensure the site has adequate protection measures to prevent reoccupying or stop the problem in the first place. Measures such as embankments around the site, earth bunds and height restrictions to the entry of the site as well as fencing, gating and heavy bollards are all steps which can be used to prevent entry. Make sure the measures are difficult to move to ensure they are most effective.

You can find more information and tips about Traveller removal by clicking on the ‘Removing travellers: The complete guide‘.

If you need help removing travellers or any advice on how to prevent travellers from returning to your property then Able Investigations has years of experience in advising on the best methods. Our team can help with both the common law and Writ of Possession methods. Normally we can clear land within 24 hours or work to a timeline that will be best for your situation. For help with traveller evictions call us on 0345 366 0000 or fill out our contact form. 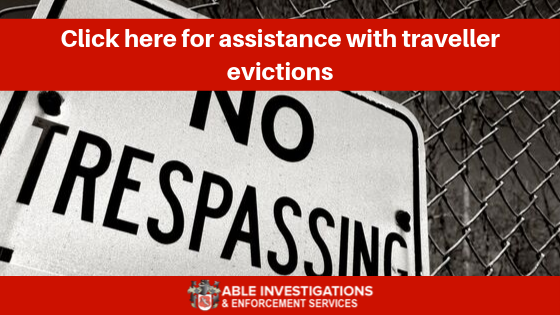 Will the Government Scrap Section 21 and What Could This Mean for Landlords?
When and Where can an Individual be Served with a Legal Document?