By Steve Wood on June 7, 2021 in Commercial Squatters, Repossession

You are possibly aware that Bristol has become the hub of anti-establishment squatter action in recent months. This means that squatters are becoming more active when it comes to refusing to leave when there is a court order in place, along with defending the eviction by taking to the roof, and by welding doors shut, creating barricades to slow the eviction process down, we had. It has become so bad that Avon & Somerset Constabulary took out an anti-social closure order on three properties which were all within the same High Street, which the squatters broke into and started to live. 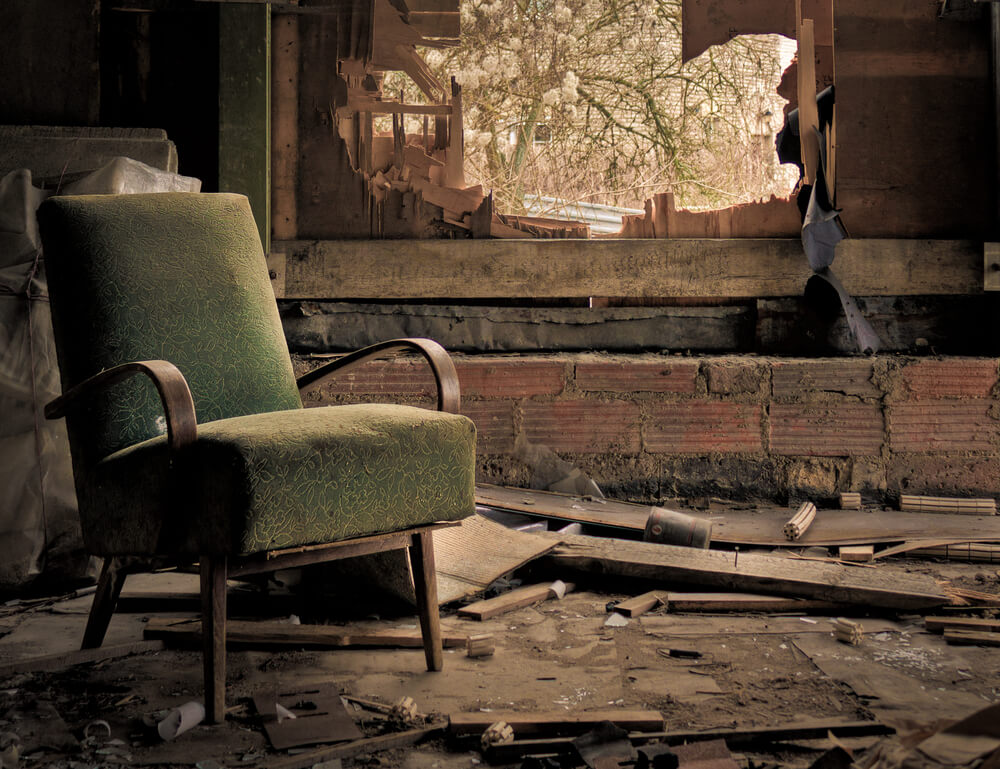 We are finding that whilst there is a homeless crisis in the UK, these particulars squatters are not staying in properties due to homelessness but doing this as more of a political stance. They believe that they have a right of entitlement to take over people’s properties and flatly refuse to engage. If it were the case that people were living in the property out of sheer desperation, then one could understand it.

However, the political squatter cares not for the property only the cause. This can be seen by the damage that they do to the property, causing thousands of pounds worth of damage and astronomical clear-up costs. We often hear from the squatters, that they are looking after the property. One client had spent thousands renovating his property only to take the squatters to court, and for the courts to grant an extra ten days as they promised that they would treat the property with care. Often these are just words, the times that we have had to bring in specialist cleaning firms and repair teams. 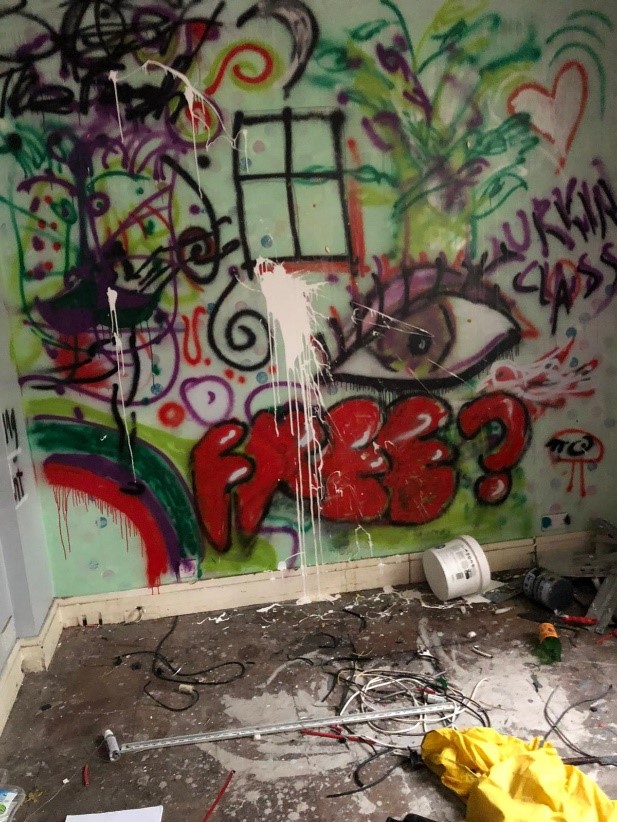 As you can see from this example political squatters will spray paint their message everywhere including the floors. They will also take to the roofs and then spray paint over the external walls with the aim of getting their message across. They often refer to themselves as “Comrades” stating that they are setting up collectives. We must ask the question, is it right that people be allowed to create this type of damage out of a distrust for society. 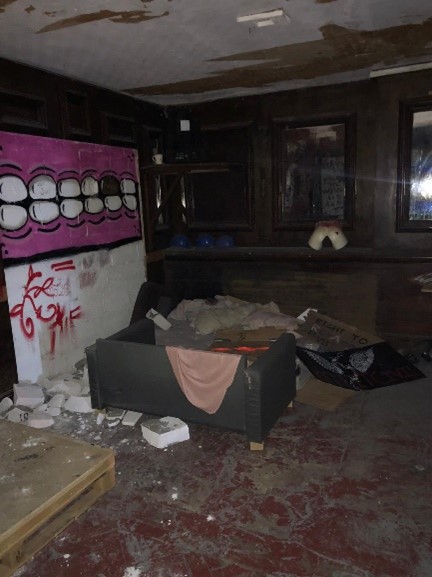 Whilst we hear so much about the alleged changes to the law in relation to trespass, people will still squat in commercial buildings. The political anarchist will continue to cause mayhem & damage, travellers will still park on the side of the roads and private land.

The police powers will be enhanced but only under Section 61, this will not affect the squatting community. Enforcement Officer will be needed more than before, why? Because the police just do not have the resources available to them at the moment.

We often hear about squatters’ rights, well let’s be clear here, there is no such thing as squatters’ rights. What we have is Section 6 of the Criminal Law act, which says that one cannot enter a building if there is a person within that building who objects to the entry and that a person should not cause violence to a person to enter the building or to the building itself. IE with a locksmith. Of course, if one can walk in off the street then possession is gained by that form of entry. We know that squatters will create barricades to ensure that entry is next to impossible.

What can you as a property owner do to protect your commercial property from squatters? There are a number of ways to protect your property, but no matter what you do a determined person will always find a way. If your property is empty for a short period of time, say after renovation. You may wish to consider a static security guard within the property. Alternatively boarding up securely can assist. Whilst this sounds like you are passing the matter onto someone else, you want them to look and think too much trouble and move on to the next property.

If squatters do get into your property, then it is essential that you act swiftly and in a robust manner. Regardless of procedures or playing nice there will be no point in negotiating with the squatters, this has always provided to be a waste of time. Speed is of the essence and can be far more cost effective in the long run to act immediately.

Here at AIES, we deal with not just the standard squatters, travellers, and a number of other services within the Enforcements sector. We have a team that can deal with the political squatters, especially of they take to the roof or lock themselves onto objects. From the moment a call comes into the office either with or without a Court Order we can assist you through the whole process, from dealing with the legal team, to the police and the clear-up teams. We have often been called the one-stop-shop; we pride ourselves on our training the level of expertise when it comes to dealing with the political squatter/protester. It is not just a case of rocking up and hope for the best.

These jobs take planning, liaising with police and other partners in this type of matter. We hear it all the time oh we can get that done cheaper. We always like to point out that we have never had an arrest, complaint, or serious injury in 28 years because of the motto Proper planning prevents poor performance. And of course, pay cheap pay twice. With AIES expertise you can rest assured that not only are you in good hands, but with our team & expertise the assignment will cause no adverse reputational damage or publicity either.

So, why leave it to chance when the matter can be dealt with at speed, professionally and with a level of expertise that you would expect from a professional firm such as Able Investigations & Enforcements.

Please do sign up for our newsletter for further updates, along with relevant legal briefs.

Steve Wood is Managing Director of Able Investigations with over 25 years experience in enforcements and investigations. Writer of two books, Steve is a renowned expert on Bailiff Enforcement action, Bailiff Law, traveller removal, tracing techniques and process serving.
View all posts by Steve Wood →
Is Your Commercial Tenant Not Paying Rent? Here Is What You Can Do
COMMERCIAL FORFEITURE & CRAR: What are the Landlord’s options in 2021?