In September 2019, Able Investigations and Enforcements were contacted by a client who advised us that his company owned a parcel of land in Blackpool. The land had been occupied for the last 2.5 years by persons unknown, who were protesting about the local fracking site at Preston North Road. The landowner had previously asked the squatters to vacate the land, but they refused to do so.

The landowner was at a complete loss as to how to evict the squatters from the land in the best and most efficient, cost-effective way possible. The squatters had built what can only be described as a mini village encampment on the land, using pallets and waste material along with materials taken from a nearby double-glazing factory.

We were informed that there were approximately 25 self-built units on site however the safety of the structures was unknown. We were aware that some had solar panels providing electricity, and a local resident had allowed them to run a hosepipe from the residence of her garden into the camp for fresh water.

Prior to the eviction, we had several telephone conference calls with the land owner in relation to the best possible way to evict the squatters safely and cost effectively. However, before any eviction can take place, especially one with such a high profile, we have to consider liaising with the local constabulary, writing risk assessment plans, operational plans setting out our intentions, manpower required and how the matter will proceed. A copy of these documents are sent to the local constabulary, so that we can work closely and in partnership with our colleagues in the police force.

On this particular occasion, we obtained aerial photographs that evidence of the site buildings, along with intelligence based material that would aid us in the eventual eviction of the squatters, using facilities of a private drone company to obtain footage of the ground, buildings and potential hazards for our staff.

During the months of September, October, and early November we gathered intelligence of the type of people we had on site, most if not all of this came from open source information freely available on the internet. We gathered as much intelligence as was possible, ready for the eviction.

During the month of October further planning was necessary, and to protect the landowner and our own staff, as well as the safety of the protesters, we worked with a number of other experts. This ensures that the entire process is handled in the most effective way possible.

We spoke with demolition teams to arrange for the take down of all the units and clearing of the waste from the land after the eviction.

We also brought in Peter Faulding. Peter is the CEO of Specialist Group International who specialise in the search and rescue area, especially when it comes to dealing with protesters at height, tunnels, or lock-ons. We have worked with SGI for a number of years – both of us have a 100% safety record when dealing with such contentious matters. Therefore we knew that, in the event of protesters are locked on, in a tunnel or at height, Peter and his team have the experience, knowledge and safety record to tackle the situation.

Our in-house eviction & security teams were briefed, with plans of the area, the drone footage, and relevant intelligence. We set the date for Tuesday 19th November 2019. Our office team, then set up the hotels, the catering for the day, and the welfare side for all staff, including toilet facilities. On Friday16th November, our Quarter Master checked all the kit that we were to take on the matter. The equipment was passed as ready. All staff took the weekend off and met at our offices from Kit prep and mobilisation on the morning of Monday 18th November 2019.

At 06:30 hrs on the morning of Tuesday 19th November, a team of 16 Enforcement Officers, 15 Security and two K9 units attended site and started clearing the site of the occupants. All bar one of the occupants were compliant. The majority of the squatters, after giving a lot of verbal abuse to staff, agreed to leave. Only one lady refused to comply with our request, this lady had to be removed from her unit, placed on a stretcher as she completely refused to stand walk or make any attempt to voluntary leave the land. We collected some of her personal effects, handing them to the police when we had removed her to the roadside.

Within an hour of arriving on site, the entrance to the site was inundated with supporters, shouting abuse at the staff, including making very personal comments about them. We also had a number of police officers on site, for the protection of everyone, who again received a large amount of verbal abuse from the squatters and supporters.

At 10:00 am we allowed one squatter at a time back onto the property to collect their personal effects. This took until 14:30 hrs. When all personal effects had been collected, we had a demolition team on standby to start to clear the land and remove the waste. However, the supporters attempted to prevent this by laying in the middle of the road, stopping the lorries from entering the land. This action was quickly acted upon by the police and these supporters were removed.

At this point we joined the police line to stop further supporters or squatters getting back onto the land. A cordon was put in place and all attempts at re-entry were held back, allowing the lorries to get on to the land to start the clearance. The clearance took two days and security remained on site for this period to ensure the safety of the demolition team, and to ensure no further squatters got on to the site.

The need for intense preparation

The eviction was carried out with speed, efficiency and total professionalism. The site was cleared of protester within four hours, no injuries were sustained, and no arrests were necessary.

To achieve such a positive conclusion requires significant preparation, including planning, meetings, telephone calls, and working with the Lancaster constabulary. This process took in excess of five days, and was critical – without this level of planning, the job would not have proceeded as successfully as it did.

We know that we work within a contentious environment especially within the eviction field that we specialise in. However, it is always shocking how much abuse our staff, and often the police, are on the receiving end of, including verbal abuse, emails, Facebook pages making derogatory comments, and ongoing intimidation.

We know that the environment we work in can result in this type of reaction and we support our staff throughout such situations. They are also trained to deal with this without rising to the bait.

With protest action increasing across the country, especially on private land in which the landowner is the one to foot the bill, common law is a perfect solution to evict squatters and protesters from your land.

We strongly advise that you act quickly and do not allow protesters or squatters to gain a foothold. The longer they are on site, the more planning and preparation will be required to evict them, as well as higher costs and more staff presence.

At Able Investigations and Enforcements, we are proud to tackle difficult and challenging situations with professionalism, with safety, and with careful planning. If you have a situation where you need to consider common law or writ of possession, or you are a local authority and you wish to discuss section 77 for the eviction of travellers and squatters on local authority land, then please do give us a ring on 0845 370 7401 or drop an email at [email protected] 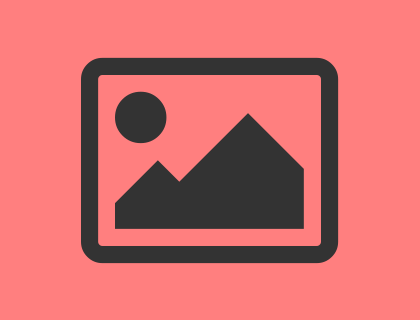 Continue Reading
By Admin on June 10, 2019 in
Plymouth City Council quickly responded to reports of the encampment, telling the group to vacate the park by 1 pm on Wednesday the 16th of August. The park, known locally as Tippy Park, is popular with Plymouth families and contains a children’s playground and picnic benches. It’s close proximity to the city centre makes it a target for settlements, with the last traveller encampment being moved on from the park two months prior to the most recent group.Joining forces with local police and council staff, our team of bailiffs were successfully enforced a possession order and removed a group of caravans who set up camp in Trefusis Park in Lower Compton, Plymouth.After the travellers were moved on from the site, the council worker then had the unpleasant job of clearing up the mess and litter that was left behind, which included bikes, tree stumps, garden rubble, and general rubbish.

If you are dealing with the difficult issue of travellers occupying your land and require a professional and experienced team of enforcement officers to assist in their removal, then contact Able Investigations. Once instructed, we can assist with the removal and quickly help you regain control of your land. We can even help with the clean-up process post-eviction. For more information about our services or to request quick assistance with a current issue, please get in touch by sending us a message or calling 0845 370 7401